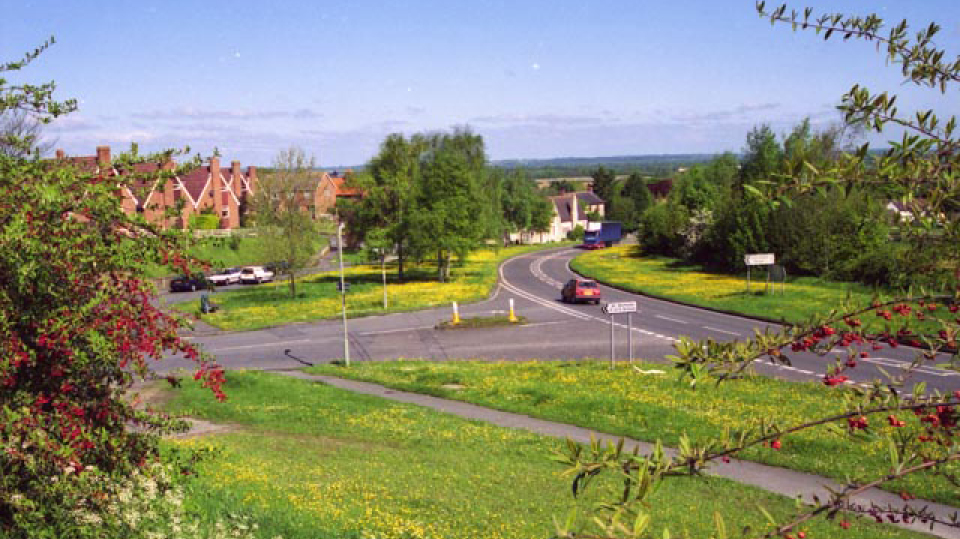 We were a chapel in the parish of Letcombe Regis until 1853, associated with the Abbey of Amesbury until the dissolution of the monasteries. In  1541 we came under the  care of the Dean and Chapter of Winchester Cathedral. We remained in the  Diocese of Salisbury  until 1836 when we transferred to the Oxford Diocese.

The vicarage was sold in 1991, when we became a group of parishes with Denchworth and Hanney. In October 2012, the three parishes joined with Grove to form The Vale Benefice.

Sources differ as to  the date of origin. The Nave and Chancel were erected either in the 12th  or 13th century. The Nave was shorter than it is today. There were two doorways, on the west and south sides. The only remaining parts of the church from this time are the greater parts of the North and East walls and the font.

Early in the 14th century the chancel was reconstructed, the South Aisle added, reusing the south doorway and a bellcote erected.  The Chancel arch, Nave arcade, arch into the Sacristy and the stoup on the outside west wall

are all of this period. The arch into  the Sacristy may not be in its original position as it looks just  a little “odd’. The tiles in the Nave by the Chancel Arch may also be of this period.

The South Aisle was rebuilt in brick in1707. There was a gallery at the West end of the Nave. Probably installed in the 18th century, but had gone before 1858, when only a bearer remained. In 1858 major rebuilding took place. The West end of the Nave was extended, the South aisle rebuilt without a doorway, Nave roof completely redone and the Chancel roof altered. Provision was made for a tower, which was not built until 1884. Both Norman doorways were destroyed. There were plans for a vestry on the North wall of the chancel and a spire atop the tower, but neither went further than design drawings.

The large window on the North wall of the nave contains a 17 century stained glass crest of the Muscovy Company, who were granted a Royal Charter to trade with Russia in 1555. We have been unable to solve the mystery of  why it is in St. Nicholas church.

The two bells came  from Robert Wells’ foundry at Aldbourne, active 1764 - 1799. The organ dates from 1858. The Pulpit 1900.The clock was installed as memorial of the Coronation of King George V and Queen Mary In 1911, funded by public subscription.

Until 1861 the people of East Challow had the right of burial in Letcombe Regis churchyard. There was very little  land around the church, none of which  was consecrated as a burial ground. In 1867 the land on the North side of the church was purchased. There were further purchases of land in1923.  The earliest memorial in the grave yard is dated July 7 1879 to Esther Isles aged 23 and Mark Isles aged 12 years.

The Lych gate was erected as a memorial to those from  the village who served  in W.W.1 . It was dedicated in 1921.  In 2015 it was completely renovated  and rededicated.